You are here: Home / Home Page / How To Help My Baby With Teething – Amber Teething Necklace

Greyson has been teething for what seems like the past 6 months! We have seriously thought his bottom two teeth have been coming in since before he was 3 months old. He has shown all the signs: irritable, drooling, refusing to eat, etc.

He has also been sick for legitimately the past month and when we finally thought he was feeling better, he started pulling on his ears. We took him to the doctor to see if he had an ear infection and the doctor said that his ears were clear and that the symptoms he was exhibiting were that of teething! Finally!

After spending a weekend with family away, Greyson was in rare form. He wouldn’t drink his bottle unless he was in his car seat driving around, nor would he fall asleep unless he was in his car seat.. you guessed it, driving around. We drove around with him for an hour and a half on Saturday night because the poor guy could not settle himself down and we weren’t about to let an infant cry in a hotel room! Our poor neighbors!

Because nothing was appearing to work other than Motrin and for fear of giving him too much too often, I caved and bought him an amber teething necklace. This is our last hope and are praying it offers him some type of relief!

What are some other things we could try? We have all the teethers you could think of, biscuits, teething egg, etc. Send help!!

He does look oh so cute in his necklace though, I must say. 🙂 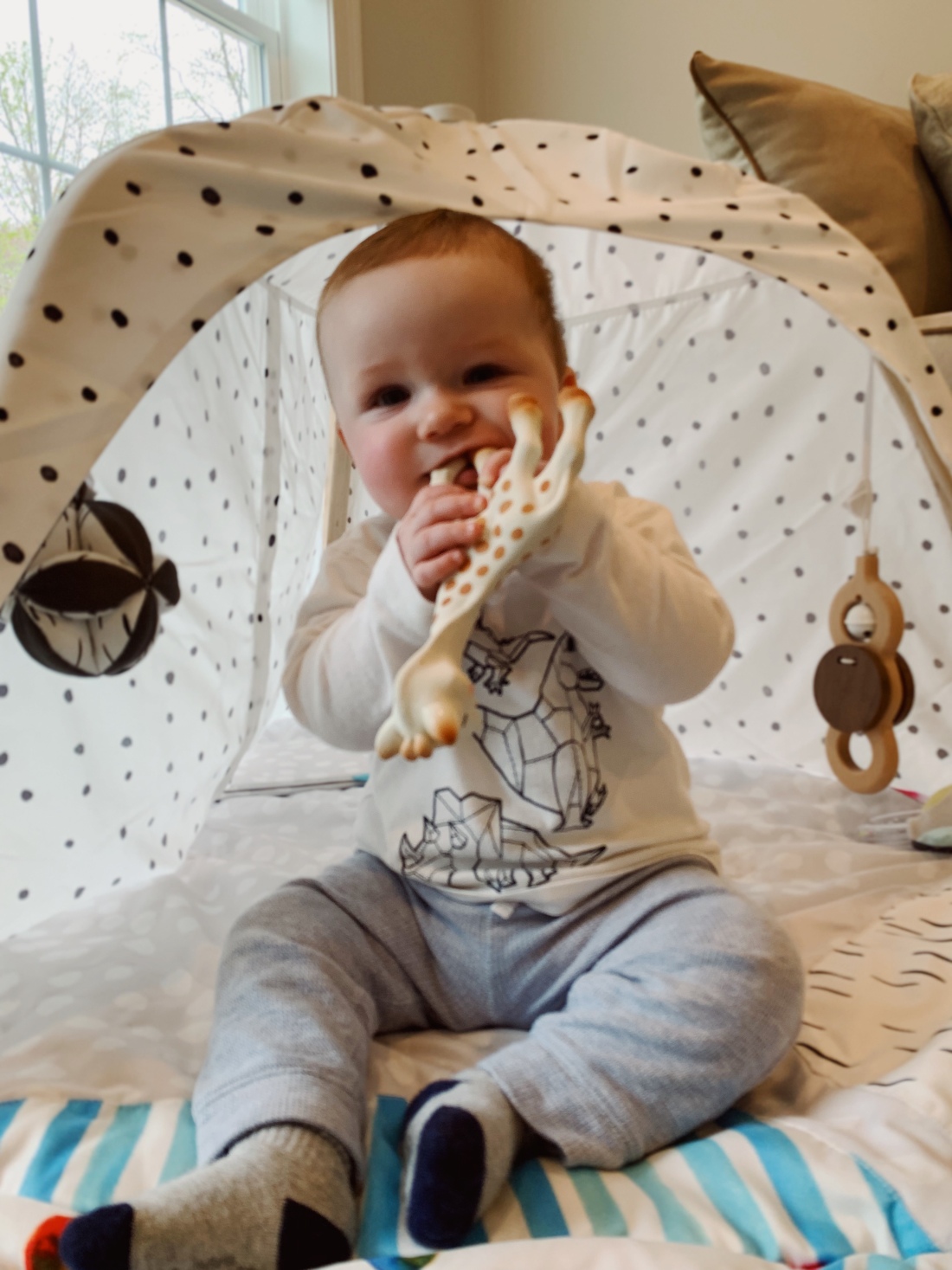 Hi there! My name is AnnaMarie and I'm so happy you're here! Thanks for checking out my blog! Make sure to subscribe and follow me on Instagram to stay connected.

FINALLY found a way to give my fine hair a little

Actually wishing for some snow in CT for once! It

Getting in a little exercise before I stuff my fac

This error message is only visible to WordPress admins

Error: Access Token for homewithgrey is not valid or has expired. Feed will not update.